Hill-Stead Museum’s renowned Sunken Garden Poetry Festival is a unique outdoor arts event located on the grounds of this National Historic Landmark in the heart of Farmington. The community cherishes this series of readings and music concerts in the informal outdoor setting of the Hill-Stead estate. Visitors can come early to tour the museum’s world-class Impressionist art collection, walk the trails, or attend the prelude conversations with headlining poets. Picnics are welcome and food and wine can be purchased from festival vendors.  Guests bring their own chairs and blankets and relax among the flower beds in the historic Sunken Garden, surrounded by eight foot stone walls and the sounds of nature.

Hill-Stead is proud to make the Sunken Garden Poetry Festival accessible to all.  Learn More. 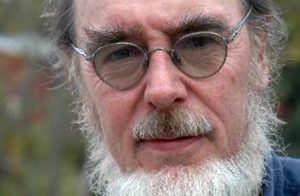 Music by Daymark and Irish dancing by Scoil Rince Luimni

David McLoghlin is the author of Waiting for Saint Brendan and Other Poems (Salmon Poetry, 2012), part of which was awarded second prize in The Patrick Kavanagh Awards. David’s second collection, Santiago Sketches, was published by Salmon Poetry on 25th July 2017. Sign Tongue, his rendering of the work of Chilean poet Enrique Winter, won the 2014 Goodmorning Menagerie Chapbook-in-Translation prize. 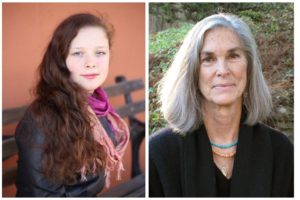 Molly McCully Brown is the author of The Virginia State Colony For Epileptics and Feebleminded (Persea Books, 2017), which won the 2016 Lexi Rudnitsky First Book Prize. Beginning in September 2017, she is the inaugural Jeff Baskin Writers Fellow at The Oxford American magazine. She is at work on a collection of essays about disability, poetry, religion, and the American South that explores the relationship between the body and that intangible other we sometimes call the soul.

Margaret Gibson’s Broken Cup, brings a breath-taking eloquence to what Gibson has called “traveling the Way of Alzheimer’s” with her poet-husband David McKain.  After his initial and tentative diagnosis she wrote no poems for two years, but then poetry returned, and writing became a lightning rod that grounded her and allowed for moving ahead and for transformation. 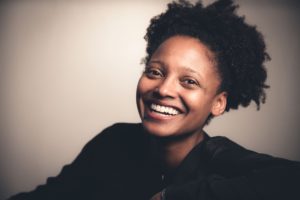 Tracy K. Smith was appointed the 22nd United States Poet Laureate in 2017. She is the author of the critically acclaimed memoir Ordinary Light (Knopf, 2015) and three books of poetry. Her collection Life on Mars won the 2012 Pulitzer Prize and was selected as a New York Times Notable Book. 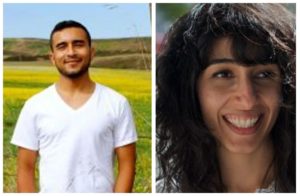 Solmaz Sharif was born in Istanbul to Iranian parents.  Her debut collection LOOK (Graywolf Press) was a finalist for the 2016 National Book Award and 2017 PEN Open Book Award. In 2017, Sharif was the recipient of the 27th annual PEN Center USA Literary award in Poetry for LOOK.

Javier Zamora was born in La Herradura, El Salvador, in 1990. His book Unaccompanied tells of the 4000 miles he traveled across multiple borders—at age 9—from El Salvador to the United States to be reunited with his parents.  He is a member of the Our Parents’ Bones Campaign, whose goal is to bring justice to the families of the ten thousand disappeared during El Salvador’s civil war.

Andrea Gibson is an award-winning poet and activist who lives in Boulder, Colorado. Their poetry focuses on gender norms, politics, social reform and the struggles LGBTQ people face in today’s society.