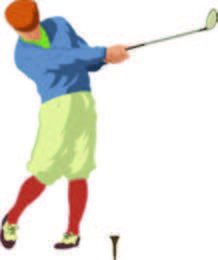 Hill‐Stead was once home to a private, six‐hole golf course, which is highlighted in a special exhibition this summer. Children will visit the new exhibition Diamonds in the Rough: Golfing at Hill-Stead and then they’ll get to put with “hickory sticks” like the ones that were used in the early 1900’s. They will also play croquet, lawn tennis, board games and other fun pastimes that children enjoyed when Hill‐Stead was home to the Pope family. 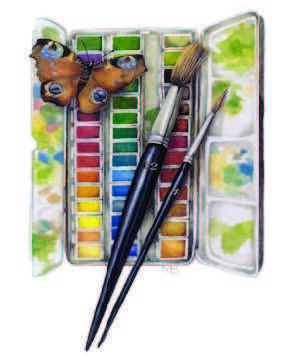 Paintings, pastels, sculpture, prints and more adorn the walls at Hill‐Stead. Each day includes an exploration of the techniques and creativity needed to produce art in the style of Hill‐Stead’s collections. In addition to daily projects, each child will use oil pastels to create an Impressionist‐style work of art over the course of the week.

And the winners are….

Thank you to our judges

Daniel Donaghy is a Professor of English at Eastern Connecticut State University, where he has received the school’s Board of Regents Teaching Award and CSU Norton Mezvinsky Trustees Research Award. His poetry collections include Somerset (NYQ Books, 2018), Start with the Trouble (University of Arkansas Press, 2009), winner of the Paterson Award for Literary Excellence, and Streetfighting (BkMk Press, 2005), a Paterson Prize Finalist. He has received grants from the Connecticut Commission on Culture and Tourism and the Constance Saltonstall Foundation for the Arts as well as the Southern Humanities Review’s Theodore Christian Hoepfner Award. He grew up in Philadelphia, PA. Last year, he launched Here: a poetry journal, which he edits with his students.

Adriane Jefferson is an arts administrator who has worked in the performing arts sector and arts education for 15 years. She is currently an arts program manager and special programs coordinator for The Department of Economic and Community Development, Connecticut Office of the Arts. Prior to that, she served as The Executive Director for The Writer’s Block Ink in New London, CT. In 2009 she received her B.A in Popular Music from Florida Memorial University. She went on to receive a Master of Arts degree in Arts Administration from Savannah College of Art and Design. Her career has been centrally focused on cultivating and developing talent within arts and entertainment. With her love for community engagement, Adriane has served as an arts consultant to artists, arts organizations, and arts-based after-school programs where she has helped them to design strategies to achieve their career and organizational goals.

Adriane used her background in performing arts and theatre to help structure the drama department at Alonzo Mourning Charities Over Town Youth Center and The Gibson Charter School. Earlier in her career, she worked as a talent agent on The Mike Sherman Show, a show that focused on the pop music industry and covered major music events such as The Billboard Music Awards and The BET awards. In 2005 Adriane created Rhyme Fest, a community event that used hip-hop as an advocacy tool for social change. Adriane is a long time affiliate of the Writers Block Ink. Outside of the role she played as Executive Director, she served as their Creative Director and Director of Programming from 2013-2015. She is now serving as a member of The Writer’s Block Ink Board of Directors. Adriane is also a member of Delta Sigma Theta Sorority Incorporated.