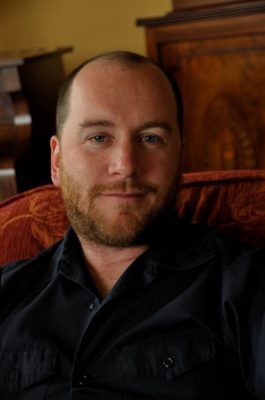 Register for Workshop
As part of opening night of the 2018 Sunken Garden Poetry Festival featuring Irish poetry and music, David McLoghlin will be offering a 2-hour poetry writing workshop at Hill-Stead.

This is a generative poetry workshop that centers around place. Ever since the “dinnseanchas” tradition of the Gaelic poetic tradition (“dinnseanchas” loosely translates as “the lore of place”), well into the 21st-century Irish poetry remains obsessed with place. Place is an ample term, and this workshop will interrogate it widely in the work of American, Irish and international poets, with a focus on themes of home and belonging; our connection to and alienation from nature; homesickness and exile, as well as the desire to travel and escape where we come from. We will look at the work of well-known and lesser-known poets as jumping-off points for new work inspired by our connections to the place, or places, where we belong or feel alienated from, or places that we both love and hate.

David McLoghlin will be reading at the Sunken Garden Poetry Festival. For details, see Irish Poetry & Music in our Calendar.

David McLoghlin is an Irish poet and literary translator, and the author of Waiting for Saint Brendan and Other Poems (Salmon Poetry, 2012), part of which was awarded second prize in The Patrick Kavanagh Awards. David’s second collection, Santiago Sketches, was published by Salmon Poetry on 25th July 2017. Sign Tongue, his rendering of the work of Chilean poet Enrique Winter, won the 2014 Goodmorning Menagerie Chapbook-in-Translation prize. David is also a contributor to Suns, a pamphlet/chapbook of translations of Winter’s poems (Cardboard House Press, 2017), and the author of The Magic Door, an early chapbook (Blue Canary Press, Milwaukee, 1993). David received first-class honors from University College, Dublin for his research MA in modern Spanish literature, and holds an MFA in Poetry from New York University, where he was a Teaching Fellow. He received a major Literature Bursary from The Arts Council/An Chomhairle Ealaíon in 2006 and was the Howard Nemerov Scholar at the 2011 Sewanee Writers’ Conference. Most recently, he was a prize-winning finalist for the 2015 Ballymaloe International Poetry Prize, judged by Billy Collins. He has taught at University College, Dublin, NYU and Coler-Goldwater Specialty Hospital, and served as Resident Writer at Hunts Point Alliance for Children in the South Bronx. David lives with his wife in Brooklyn, NY, where in June 2016 they ended a three-year run as the founders and hosts of The Eagle and the Wren reading series, where they hosted almost 150 writers, pairing Pulitzer-Prize winners and Guggenheim Fellows with exciting emerging writers and poets.