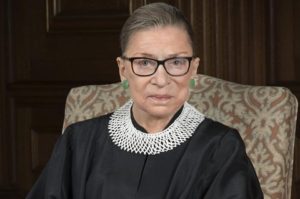 Hill-Stead Museum and Opera Connecticut join together to honor the life of Justice Ruth Bader Ginsburg and her great love of opera!

International opera stars Ta’u Pupu’a, and Thomas Cannon will be joined by Elizabeth Lyra Ross and other opera luminaries to sing Puccini, Verdi, and more!  The second woman appointed to the Supreme Court, she subsequently served 27 years. The notorious RBG was a legal, cultural, and feminist icon of the highest order.  It is most fitting to honor Justice Ginsberg at Hill-Stead, founded by Theodate Pope Riddle, our nation’s fourth female architect and a visionary female leader in her own right.

Don’t fret if you cannot be there in person. You can tune in from the comfort of your home with a live-stream presentation as it happens.

Bring a blanket, chairs, and a picnic including beverages.

In-person tickets  |  $25 per person
Tickets must be purchased in advance. No tickets will be sold at the gate.

Livestream tickets  |  10$ per household
Enjoy “We Sing in Her Honor” from the comforts of your own backyard or couch! Purchase live-stream tickets.

See all upcoming From the Porch events 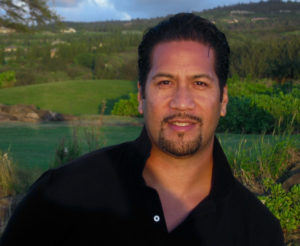 Unique in the opera world, Ta’u Pupu’a was an outstanding NFL Defensive End, until a career-ending injury changed his life and led him to a new career – opera. A Juilliard Opera Center (ADOS) graduate, he is a native of the Polynesian Kingdom of Tonga. Pupu’a attended Weber State University in Utah on a football scholarship while pursuing a Bachelor of Music degree, during which time he was drafted to the NFL by Coach Bill Belichick of the Cleveland Browns, and later the Baltimore Ravens. After sustaining his injury, he changed career direction to follow his passion.

He is just as outstanding in his role as operatic tenor, as shown by the following acclaim:  “…He seems to have limitless power… but the voice has real gold in its best moments.” (New York Times) “…Everyone took notice at his brilliant tone, breath-control and ravishing, powerful tenor…”  (Italian Tribune), ​”In the treacherous heldentenor role of Bacchus, Ta’u Pupu’a brought reserves of stentorian power and heroic strength, singing gloriously.” (Classical Review), “…​The sound is a big one too, a big, meaty voice that would cope comfortably with Wagner or Verdi. And he is so in control of the tenor range – high, low, medium – that one gets a thrill from hearing him in full flow. It’s not just a weighty sound; it’s an alluring one.” (Behindthearras.com)

Future engagements include Beethoven’s Symphony No. 9 for Hawaii Symphony Orchestra, in conjunction with other recitals in Honolulu. In 2020, Ta’u Pupu’a will sing the title role in the world premiere of Tim Finn’s (Split Enz and Crowded House) Star Navigator, making his Australian debut for West Australian Opera. Recently, he performed Bacchus in Ariadne auf Naxos for the Festival of the Aegean, in Greece, Pinkerton in Madama Butterfly for Opera Connecticut, and concerts in Utah and Florida.

Pupu’a was a recipient of the Richard F. Gold Career Grant while undertaking the ADOS program at Juilliard Opera Center. During this time Mr. Pupu’a studied in Italy at the George Solti Bel Canto Academy, under his mentor Kiri Te Kanawa, performing with her in concert and recital. He was awarded an encouragement award by the Giulio Gari Foundation vocal competition, and multiple study grants from the Olga Forrai Foundation.

Upon graduation Pupu’a embarked on his career, appearing across the USA, and internationally, in opera and concert. Mr. Pupu’a made his professional opera debut, with San Francisco Opera in their 2011 world premier production of Heart of a Soldier, followed by a piano recital for Weber State University, and the role of Dr. Caius in excerpts from Falstaff for the Richard Tucker Gala at Avery Fisher Hall. 2012 marked his European debut as Bacchus in Ariadne auf Naxos with Theater und Orchester Heidelberg. He later made his British debut in Birmingham Opera’s acclaimed production of Tippett’s The Ice Break, directed by Graham Vick, as well as Robert Carsen’s world premiere production of Giorgio Battistelli’s CO2, at La Scala, Milan. He performed concerts in China, in Macau and Beijing, for the Asia America Opera Association Festival as well as Strauss’ Salome for Hong Kong Opera, and Bacchus in a concert version of Ariadne auf Naxos at the Danish Radio Concert Hall. 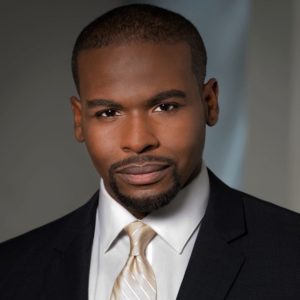 Thomas Cannon is attracting attention as an important young singer with a unique vocal timbre, exquisite musicianship, and sensitive artistic expression. He has been recognized for his “strong and striking” stage presence and has performed with The Glimmerglass Festival, Chautauqua Opera, Santa Fe Opera, The Dallas Opera, and Music Academy of the West. He has recently appeared as Enrico in Lucia di Lammermoor, Sharpless in Madame Butterfly, Scarpia in Tosca, and was a “riveting” Escamillo in Carmen. At Fort Worth Opera, his heartfelt and moving Porgy made “time stand still” in Gershwin’s Porgy & Bess. He was “entertainer extraordinaire” as Figaro in Corigliano’s Ghosts of Versailles. Thomas will soon perform multiple roles in the new American opera, Fellow Travelers at Arizona Opera.

Mr. Cannon has appeared in concert at Carnegie Hall as soloist: in Verdi’s Requiem, to benefit victims of Japan’s Earthquake; and with The American Symphony Orchestra, in Delius’ Eine Messe des Lebens. He’s been a soloist with The St. Cecilia Chorus of NY, singing Mozart’s Vesperae Solennes de Confessore and Shubert’s Stabat Mater (D. 383). Elsewhere, he has performed a host of oratorio and orchestra works including Mozart’s Requiem, Brahms’ Ein Deutsches Requiem, and Handel’s Messiah.

Thomas grew up in the small town of Hahnville, Louisiana. 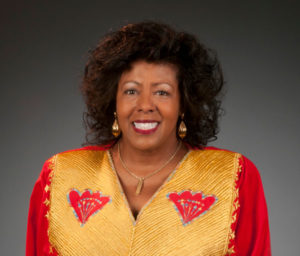 Elizabeth Lyra Ross‘s international career has included the opera roles of Aida, Tosca, and Madame Butterfly. She has appeared with the New York Metropolitan Opera, and she was in the New York City Opera production of Porgy and Bess that was nominated for an Emmy Award on the “Live from Lincoln Center” Series. In July 2014, Elizabeth, who was the first African American female member of The United States Army Band and Chorus, appeared with them as a guest soloist on two concerts, including one on the steps of the U.S. Capitol.

The health and safety of our guests and employees is Hill-Stead Museum’s number one priority. An inherent risk of exposure to COVID-19 exists in any public place where people are present. In the interest of your personal safety and community health, please observe all the precautions listed below.

Hill-Stead employees have already pre-marked spaces on the lawn for your group. Upon arrival, guests will be escorted to a pre-marked space on the west lawn by an employee wearing Personal Protective Equipment (PPE).

We are closely monitoring government policy changes, Center for Disease Control (CDC) guideline, government mandates, and public health advancement, and will continue to make changes, as necessary or appropriate, to our protocols and procedures.

By purchasing a ticket, you assume the risks of and waive liability to Coronavirus/Covid-19
The novel coronavirus, COVID-19, has been declared a worldwide pandemic by the World Health Organization. COVID-19 is extremely contagious and is believed to spread mainly from person-to-person contact. As a result, federal, state, and local governments and federal and state health agencies recommend social distancing. Hill-Stead Museum has put in place preventative measures to reduce the spread of COVID-19; however, it cannot guarantee that you will not become infected with COVID-19. Further, attending an event or program at Hill-Stead Museum or on its grounds could increase your risk of contracting COVID-19. By purchasing a ticket to an event or program at Hill-Stead Museum, you acknowledge the contagious nature of COVID-19 and voluntarily assume the risk that you may be exposed to or become infected by COVID-19 and that such exposure or infection may result in personal injury, illness, permanent disability, and death. You understand that the risk of becoming exposed to or infected by COVID-19 at Hill-Stead Museum may result from the actions, omissions, or negligence of yourself and others, including, but not limited to, Hill-Stead Museum employees, volunteers, and program participants and their families. You voluntarily agree to assume all of the foregoing risks and accept sole responsibility for any injury to yourself (including, but not limited to, personal injury, disability, and death), illness, damage, loss, claim, liability, or expense, of any kind, that you may experience or incur in connection with your attendance at Hill-Stead Museum or participation in Hill-Stead Museum programming (“claims”). You hereby release, covenant not to sue, discharge, and hold harmless Hill-Stead Museum, its employees, agents, and representatives, of and from claims, including all liabilities, claims, actions, damages, costs or expenses of any kind arising out of or relating thereto. You understand and agree that this release includes any claims based on the actions, omissions, or negligence of Hill-Stead Museum, its employees, agents, and representatives, whether a COVID-19 infection occurs before, during, or after participation in any Hill-Stead Museum program.