Hill-Stead Museum’s renowned Sunken Garden Poetry Festival is a unique outdoor arts event that takes place on the grounds of this National Historic Landmark in the heart of Farmington, CT.

The community cherishes this five-event series of readings and music performances in the tranquil and historic Sunken Garden. Visitors can arrive early to tour the museum’s world-class Impressionist art collection, walk the trails or attend the prelude conversations with headlining poets.

Picnics are welcome and food and wine can also be purchased from festival vendors. Guests bring their own chairs and blankets and choose a spot among the flower beds, surrounded by eight-foot stone walls and the sounds of nature.

Inspired by the surroundings, many attendees take the opportunity to write their own poetry and prose, lingering after dusk to finish their poems and conversations.

Hill-Stead is proud to make the Sunken Garden Poetry Festival accessible to all. Learn More 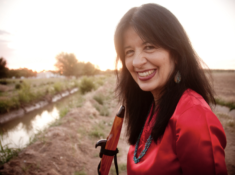 PURCHASE TICKETS
Joy Harjo was appointed the new United States Poet Laureate in June 2019 and is the first Native American Poet Laureate in the history of the position. Joy is an internationally renowned performer and writer of the Muscogee (Creek) Nation and the author of nine books of poetry, several plays and children’s books, and a memoir, Crazy Brave. Her many honors include the Ruth Lily Prize for Lifetime Achievement from the Poetry Foundation, the Academy of American Poets Wallace Stevens Award, a PEN USA Literary Award, Lila Wallace-Reader’s Digest Fund Writers’ Award, a Rasmuson US Artist Fellowship, two NEA fellowships, and a Guggenheim Fellowship. Harjo is a chancellor of the Academy of American Poets and is a founding board member of the Native Arts and Cultures Foundation. She lives in Tulsa, Oklahoma, where she is a Tulsa Artist Fellow.
The Tupelo Press Sunken Garden Poetry Award (Winner TBA) is a prestigious national poetry prize for adult writers. Established in 2002, the Prize has drawn submissions from around the country that have been judged by renowned poets such as Martha Collins, Patricia Smith and Tony Hoagland. The prize includes a cash award of $1,000 in addition to publication by Tupelo Press, 25 copies of the winning title, a book launch and national distribution with energetic publicity and promotion. 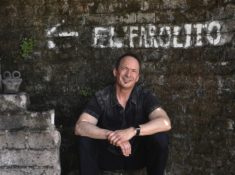 PURCHASE TICKETS
Forrest Gander is a Pulitzer Prized-winning poet, a writer, translator and editor of several anthologies of writing from Spain and Mexico. He is celebrated for the richness of his language and his undaunted lyric passion. He is the author of more than a dozen books, including collaborations with notable artists and photographers. Gander’s collection Be With won the 2019 Pulitzer Prize for Poetry and was longlisted for the 2018 National Book Award. Core Samples from the World (2011)—a collaboration with three great photographers, Graciela Iturbide, Raymond Meeks, and Lucas Foglia—was a finalist for the Pulitzer Prize and the National Book Critics Circle Award. Gander’s other collections include Eye Against Eye, with photographs by Sally Mann; Torn Awake; and Science & Steepleflower.

Marcelo Hernandez Castillo is a poet, essayist, translator, and immigration advocate. He is the author of Cenzontle, which won the 2017 A. Poulin, Jr. Prize, as well as the winner of the Great Lakes Colleges Association New Writer Award for poetry, the 2019 Golden Poppy Award, and the Bronze in the FOREWORD INDIE best book of the year. Cenzontle is also a finalist for the Lambda Literary Award, the California Book Award, the Publishing Triangle’s Thom Gunn Award for Gay Poetry, and the Northern California Book Award. His first chapbook, DULCE, won the Drinking Gourd Poetry Prize published by Northwestern University press. His memoir, Children of the Land is forthcoming from Harper Collins in 2020. 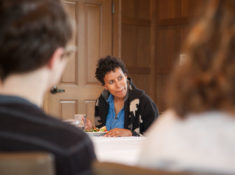 PURCHASE TICKETS
Aracelis Girmay earned a BA at Connecticut College and an MFA from New York University. Her poems trace the connections of transformation and loss across cities and bodies. In her 2011 online chat interview with the Rumpus Poetry Book Club, Girmay discussed innovative and hybrid poetric forms, stating, “I wonder what new explorations of form might have to do with documenting the new and old ways of thinking about power. Of how we’ve been taught to think by our families, institutions, television, computer culture, etc. [….] Perhaps the so-called hybrid poems are about dislocating or splintering the central lens.”

Andrew Motion attended Radley College and began reading the work of Thomas Hardy, John Keats, and William Wordsworth. He read English at Oxford University, where he worked with W.H. Auden and wrote on the poetry of Welsh poet Edward Thomas. He later taught English at Hull University, where he befriended Philip Larkin. Motion has served as editor for the Poetry Review and as editorial director and poetry editor for Chatto & Windus; he was knighted in 2009. From 1999–2009, he was poet laureate for the UK. 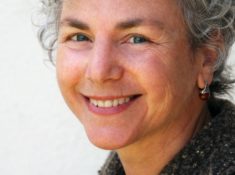 Music by The Meadows Brothers

PURCHASE TICKETS
Ellen Bass is a Chancellor of the Academy of American Poets. Her most recent book, Like a Beggar (Copper Canyon Press, 2014), was a finalist for The Paterson Poetry Prize, The Publishers Triangle Award, The Milt Kessler Poetry Award, The Lambda Literary Award, and the Northern California Book Award. Previous books include The Human Line (Copper Canyon Press, 2007) and Mules of Love (BOA Editions, 2002) which won The Lambda Literary Award. She co-edited (with Florence Howe) the first major anthology of women’s poetry, No More Masks! (Doubleday, 1973).

Nick Flynn was born in Scituate, Massachusetts. His debut poetry collection, Some Ether (2000), won the PEN/Joyce Osterweil Award. Most of the poems in Some Ether focus on Flynn’s tumultuous family life and include a detached yet affecting look at childhood and trauma. 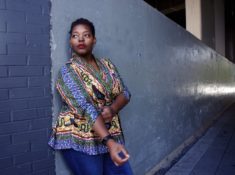 PURCHASE TICKETS
Mahogany L. Browne was born in Oakland, California but has been based in Brooklyn, NY for over 15 years. She has been featured in HBO’s Brave New Voices as the artistic director at Urban Word NYC. Browne is the publisher of Penmanship Books, curator of the Nuyorican Poets Cafe Friday Night Slam, founder of the Women Writers of Color Reading Room, and the director of Black Lives Matter at Pratt Institute.  A Cave Canem fellow and Agnes Gund Fund Recipient Browne has published several poetry collections and books, including Black Girl Magic, Kissing Caskets, Redbone, and Dear Twitter: Love Letters Hashed Out Online. She has also released five LPs, including a live album, Sheroshima.