Farmington students are empowered to learn everywhere they go!

END_OF_DOCUMENT_TOKEN_TO_BE_REPLACED

In recent years, an incredible partnership has been growing between Girl Scouts of America and Hill-Stead! Our beloved cultural hub’s education team has been offering them a bevy of activities to help the Girl Scouts work towards or earn their badges. This fall, several troops visited the House Museum, where they learned about its history and found inspiration in founder Theodate Pope Riddle’s story. Then, they sketched, painted, and hiked the scenic landscape.

END_OF_DOCUMENT_TOKEN_TO_BE_REPLACED

“We Sing in Her Honor” was the perfect capstone to From the Porch, Hill-Stead’s inaugural performing arts series. Our beloved cultural institution and Opera Connecticut joined together to honor the life of Justice Ruth Bader Ginsburg and her great love of opera. 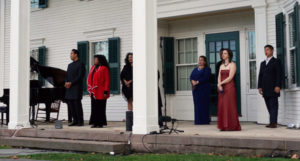 The second woman appointed to the Supreme Court, the notorious RBG, spent her life fighting for the ideals of justice and equality to improve humanity. It was most fitting to honor her at Hill-Stead, founded by Theodate Pope Riddle, our nation’s fourth female architect and a visionary female leader in her own right. 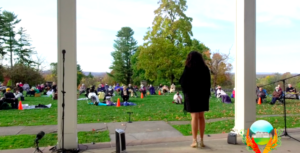 The entire series of From the Porch events, composed of more than 30 performances, is the brainchild of Hill-Stead’s Executive Director, Dr. Anna Swinbourne. Hill-Stead’s initiative has united more than a dozen diverse partners across the performing arts sphere. The series resulted in over 100 artists and an audience of nearly 2,500 since its opening night on the summer solstice. One patron described the series as a “mini-Tanglewood;” another said it “made her feel alive again.” Due to its popularity and success, Hill-Stead plans to expand the summer series in 2021. 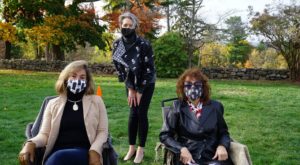 Dr. Swinbourne took the stage, donning a stunning jacket designed by her friends Barbara “Bobbie” and Peter Bartucca in Orvieto, Italy, with RBG fabric from Berlin. In her remarks, Dr. Swinbourne thanked Evelyn Daly, a probate judge for the Farmington Probate District in Connecticut, for her enthusiastic response to carrying through with the RBG memorial tribute as well as Hill-Steads dedicated staff and supportive sponsors. Dr. Swinbourne described RBG as one of her “personal heroes” and “a shining light who devoted her life towards working for the betterment of humanity.” 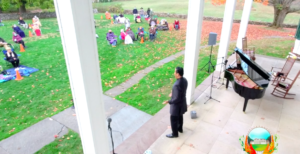 Concert headliner Ta’u Pupu’a opened the afternoon’s program with Giuseppe Verdi’s La donna è mobile (Rigoletto, Act III). He expressed his appreciation for Hill-Stead: “I am happy and blessed to be able to strengthen the vocal cords in this beautiful setting. It brings positive energy to have all the colors of Mother Nature surrounding me.” 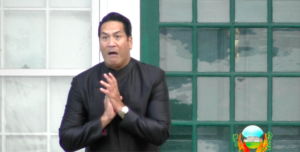 Mr. Pupu’a was a gifted athlete who played professional football before embarking on a successful second career as an opera singer. The Polynesian tenor trained at the prestigious Juilliard School, receiving an Artist Diploma in Opera Studies program in 2011. A self-described “dream-catcher,” he goes after his goals—whether being drafted to the NFL or chosen for a lead role in an opera—and then tries to catch it and make it a reality. 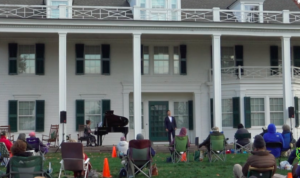 Doris Lang Kosloff, Artistic Director of Opera Connecticut, accompanied the performers on a grand piano; special thanks to Falcetti Pianos! She regaled the audience with the stories behind each piece. The extraordinary event closed with America the Beautiful featuring the full cast of singers, and their voices rang like angels with hopes RBG could hear them from heaven.

Enjoy a preview of the performance 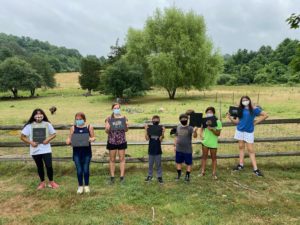 It was the second week of June when we began our preliminary plans for an outdoor summer art program for local children. Governor Lamont set forth policies for what day camps would like in Connecticut during the pandemic. Undoubtedly, these were unprecedented circumstances, but we felt confident we could create an educational, fun, and, most of all, safe program for our youth.

Our Director of Education, Kate Ebner, and I brainstormed the lesson plans and worked out the logistics. Then, we lovingly named our new creation “Summer on the Hill.”

END_OF_DOCUMENT_TOKEN_TO_BE_REPLACED 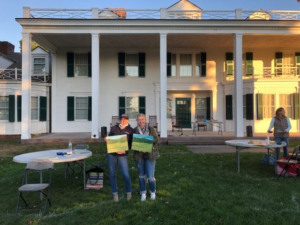 On Sunday, September 20, the trees around Hill-Stead were tinged with orange and red. With a slight chill in the air, it was a perfect day for painting. En Plein Air is the French term for creating art “outdoors,” and was popularized by the Impressionists.

Historically, the studio was the setting for most painting endeavors. Materials were not suitable for long hikes along the countryside. The “box easel” came into being in the mid 19th century, and artists ventured outdoors more frequently to paint, especially the Impressionists. They wanted to create art at the very moment they were looking upon a scene. They were capturing the essence, the impression of that moment.

END_OF_DOCUMENT_TOKEN_TO_BE_REPLACED

There is a spot in the drawing room, marked with an “X” in the nearby photograph, which is one of my favorites at Hill-Stead, if not the whole world. Standing on that spot, facing south to gaze at Monet’s haystacks in summertime, one can rotate clockwise to appreciate example after example of the magnificent paintings the Pope family acquired and installed in this room.

What is so very extraordinary about this particular arrangement is that within a single 360-degree rotation, the visitor can, through first-hand study of masterpieces, have a complete overview lesson in French Impressionism.

The introduction begins with the movement’s revered mentor, Edouard Manet, and his embrace of mid-19th century ideas about modernism – namely that to be modern one must attempt to place their finger on the pulse and particularities of the Now, and in so doing, an artist can assure their importance and appreciation by future generations.

This quest for modernity was sought by Degas, albeit through deceptively created scenes. Looking at Dancers in Pink, I feel as though I occupy the artist’s shoes, standing at an easel set up backstage and observing these performers as they wait in the wings, when in fact Degas could not have occupied this spot, as no man other than ballet professionals were then allowed in such places. The painting was actually carefully and imaginatively constructed in his own studio, fusing individual sketches of young dancers he had hired to serve as models there.

Degas’s traditional practice of creating the painting in his studio was anathema to his Impressionist contemporaries, who carried canvas, easel and materials out of doors to paint before the actual motifs that inspired them, which we see in full glory in the exceptional pair of haystacks, exquisitely positioned at 12 and 6 o’clock.

In fact, pausing my clock-hands-self at either hour and turning to the other, I can, with every bit of my being, understand an essential Impressionist aspiration: to revisit the same motif repeatedly and under different conditions – of day, season, weather – in order to capture a fleeting moment. The low, pale light of haystacks in a winter frost versus those set afire by midday summer sun. Perfect.

And pausing to savor that perfection, my eyes fall on Monet’s seascape of Antibes over the fireplace, an exquisite ending note. Through their dozen years of exhibiting together, from 1874-1886, the young rebellious Impressionists accomplished what they set out to – upend established norms about the type of subject that could be painted, the techniques used to do so, and the opportunities for their work to be appreciated by others – then they went their separate ways. Monet’s soon led him to the south of France, where he found favorite spots of his own, like this one on the Mediterranean.

As you may have heard, we at Hill-Stead created a custom-for-2020 version of our gala this year, made up of five al fresco farm-to-table dinners by celebrity chef Tyler Anderson on the West Lawn. 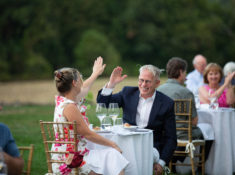 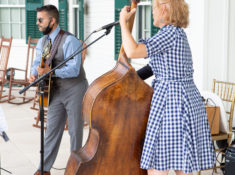 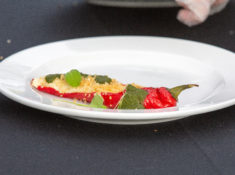 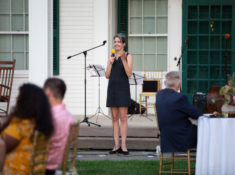 For the fourth one, on September 3rd, Mother Nature served us up a bucket full of drama! In the days leading up to it, we were on tenterhooks watching an ever-changing weather forecast. Showers (drats!), then none (hurrah!), then thunderstorms (what?!). But, as the day drew nearer and the chances of precipitation diminished, we decided – timidly – to go for it.

The sun that day was bright and hot, and all looked as though we had made the right decision. Then, just as we were beginning our dinner, and seemingly out of nowhere, the skies darkened quickly. While cutting my pepper, I felt the first drop on my nose; then, a second on my right shoulder. I refused to look up, letting my eyes linger on my plate as I envisioned the mayhem that was in store – the mad dash for cover, the food spoiled, the table settings soaked – in short, our evening and efforts completely foiled. 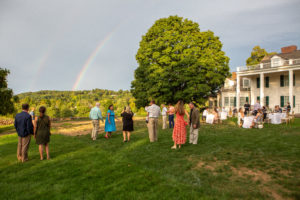 A whisper from the waiter interrupted my dreading, “Anna, you’ve gotta see this.” Almost in a daze, I obeyed, getting up from my chair and following him to the back of the lawn, not even thinking to guess what was in store. I followed his finger pointing straight back to the house, above which sat a full, vivid and beautiful rainbow. As if possessed, I jogged up to the veranda and to the microphone, to share the news with our guests before it disappeared. Most of them immediately stood and to go and see, and in the intervening seconds, something more extraordinary happened: a double rainbow appeared, fainter than its siblings but there, just as real.

Almost immediately, I saw meaning in this scenario: the planning, the fretting, the courage to make a decision despite the uncertainty, the complication, and then, ultimately, the glory. Reminded me a bit of some of our struggles at the museum this year: the difficult and the marvelous, in our lives in equal measure.

And it gave me hope, for beauty that is triumphant and for some gold, as we’re told that’s what’s to be found at the end of the rainbow!

Now that the series is completed, I am writing to you about the event’s last step of much-needed fundraising, the silent auction portion of our benefit. For all of you interested in supporting the museum in this fashion – purchasing an artwork, a bottle of fine wine, or a memorable experience – there is a curated selection of items to be viewed and bought through this link: https://www.hillstead.org/2020-benefit-auction/

We would appreciate GREATLY any purchase you make, as it would help us reach our overall financial goal! Go bid crazy, and keep your eye on the ticking clock, as our auction turns into a pumpkin at midnight on Monday the 21st! 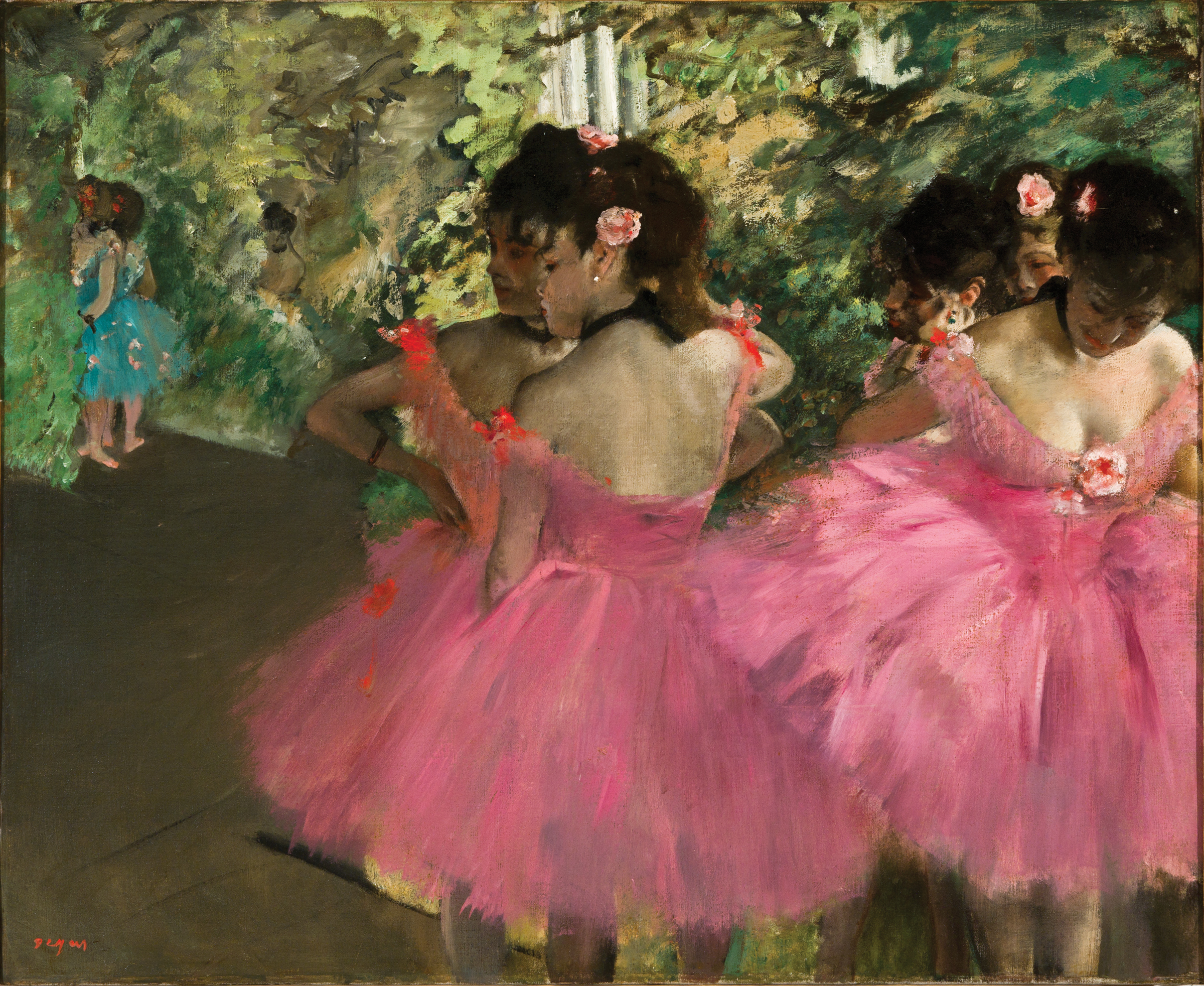 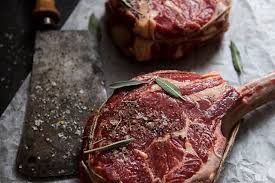 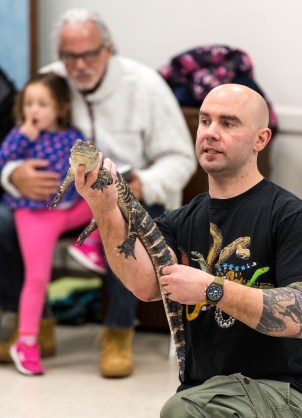 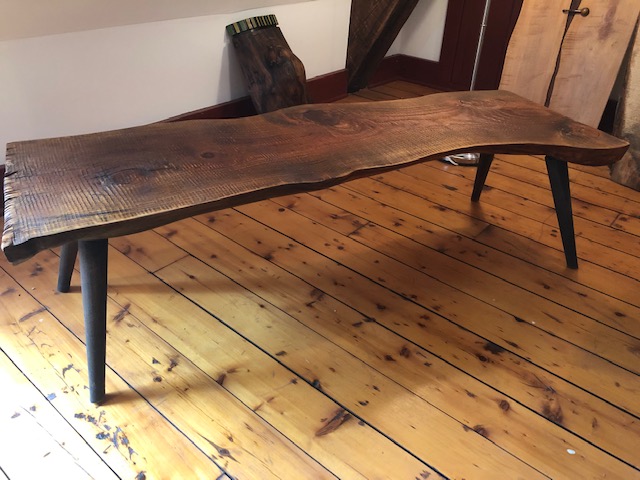 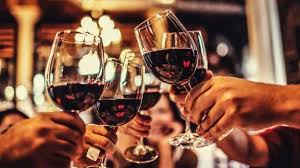 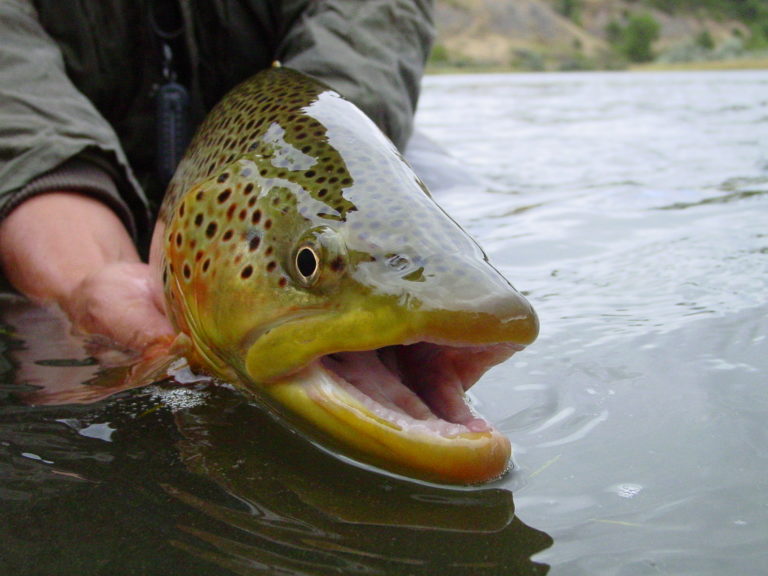 Fly Fishing for Three on the Big Horn 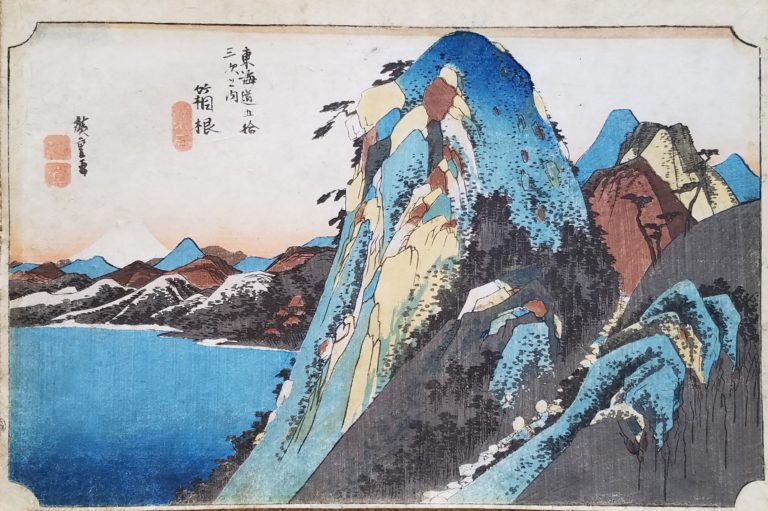 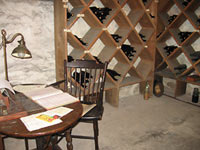 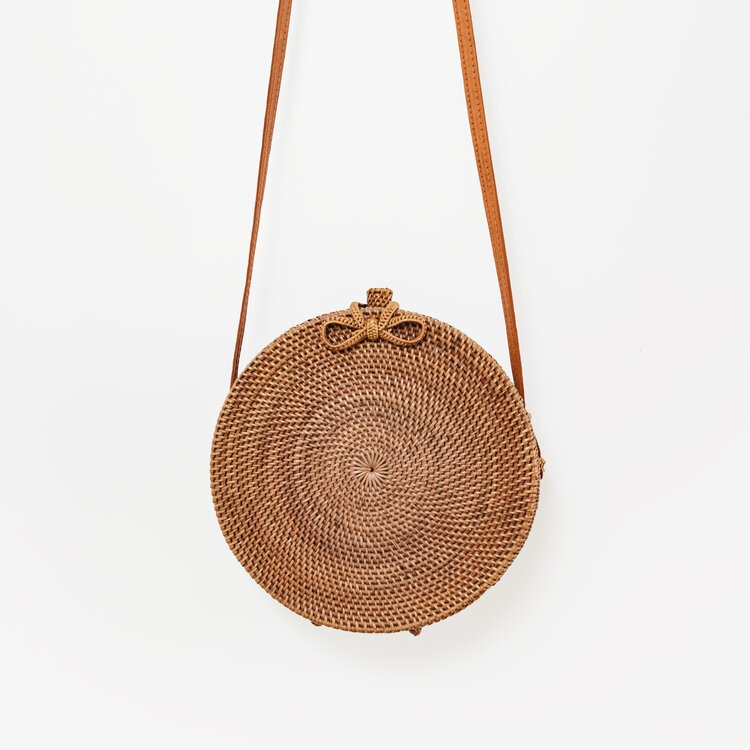 Walking Tour of NYC, Historical or Present Day, for 6 Guests