Hill-Stead’s founder, the architect Theodate Pope Riddle, was born in Cleveland, Ohio in 186720. From an early age, she envisioned a future of living in the country and operating a successful farming enterprise. When she was a young woman, the ideals of the Progressive Movement were being formed, and together with her Aesthetic Movement sensibilities, an experimental farm operation fit perfectly with her beliefs. An article in The Hartford Courant on August 8, 1907, states that the farm was run not as a money-making endeavor but as “a kind of experiment station, where modern and, above all, sanitary conditions are to be secured at any cost.” The article describes the cow barn with its sterilized troughs for drinking water and the white-suited employees who treat the registered Guernseys with “all the deference due the aristocracy of cowdom.” Later in 1925, Theodate was rewarded with one particular Guernsey, named Anesthesia’s Faith, who had record-breaking milk production, with record-breaking butterfat content. 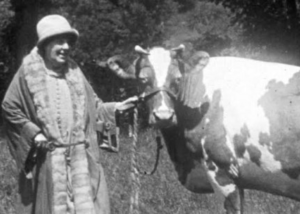 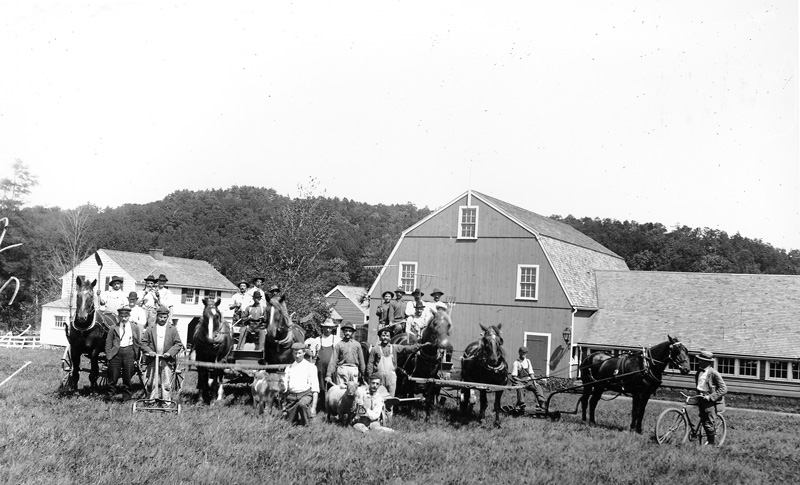 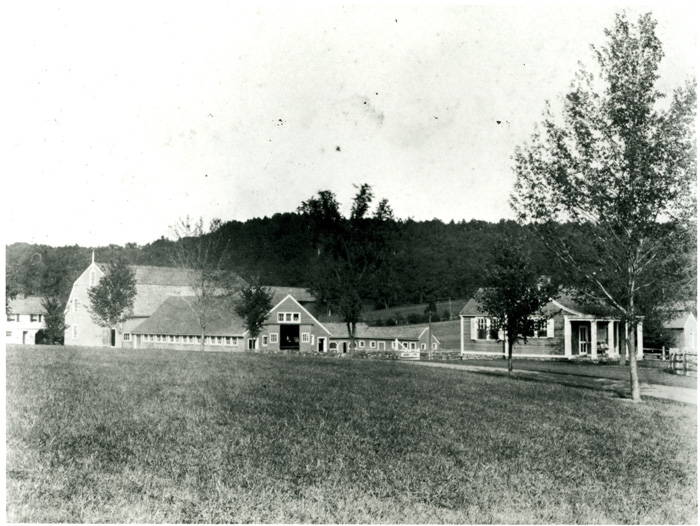 Theodate was a farmer for far longer than she actively worked as an architect. Long after completing her critically-acclaimed Avon Old Farms School, she continued to manage both the farm at Hill-Stead and the larger Sub-Edge Farm enterprise in Avon. In addition to the sheep and dairy herds at both farms, Sub-Edge also raised chickens and a potato crop. At present, Sub-Edge Farm operates independently as community-supported agriculture with shares available for their organic produce.

Today at Hill-Stead we have created a unique partnership to continue farming activities on-site, as many of the structures of the original complex remain. Our neighbors, Clatter Ridge Farm, thoughtfully raise sheep, pigs, and chickens and sell their products online. Since 2005, Clatter Ridge Farm’s flock of Shetland sheep have happily lived in Hill-Stead’s barn and grazed its pastures. They are also the stars of several educational and public programs throughout the year. Together we proudly collaborate – Hill-Stead provides the land, shelter, and history, while Clatter Ridge brings the animals and knowledge – to honor and promote this important, and lesser-known, aspect of Theodate’s legacy. 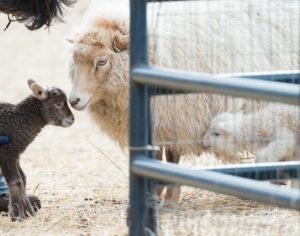 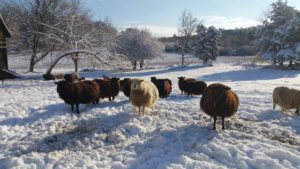 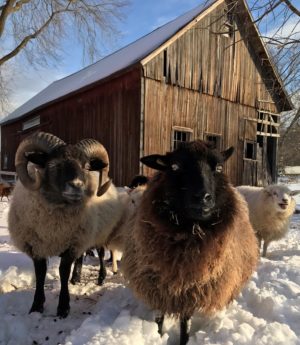 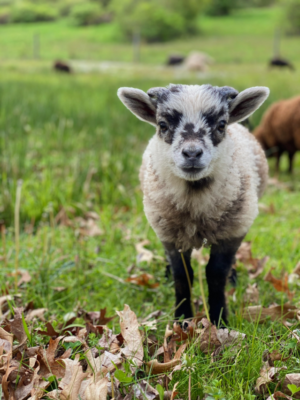 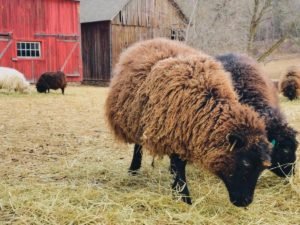 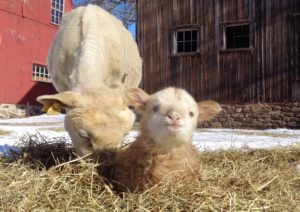 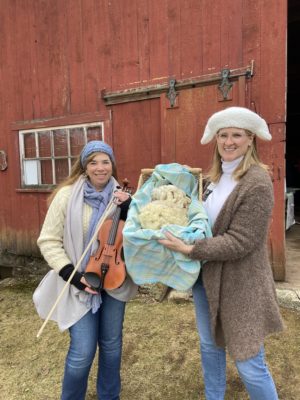 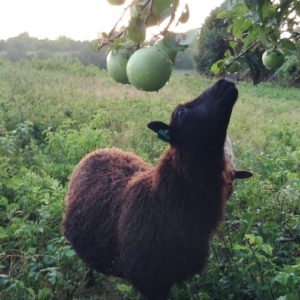 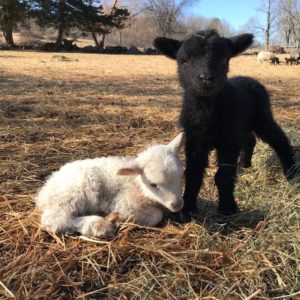 The sheep of Clatter Ridge Farm