Hill-Stead Museum in Connecticut is offering a rather unusual service during the coronavirus pandemic to help lift spirits: virtual sheep experiences. 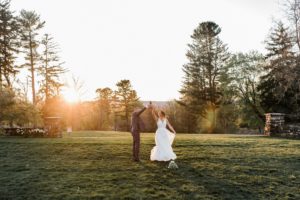 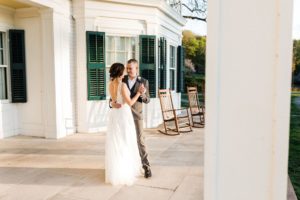 We wanted to share this exciting news—hot off the press! The New York Times said, “Yes” to Hill-Stead!

They accepted our proposal for a wedding story! Magdalena and Brett Day’s beautiful elopement took place in Hill-Stead’s Sunken Garden on Cinco de Mayo at the end of our incredible Giving Tuesday Now (May 5, 2020). The story appeared as a ¼ color-page feature in today’s Vows Section and posted online. 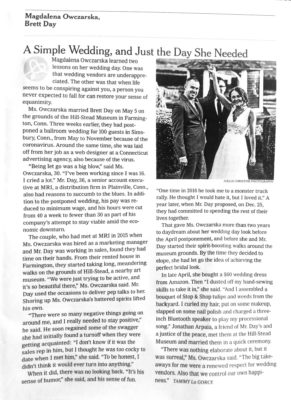 On a related note, a lovely couple out on an evening stroll at Hill-Stead offered their congratulations to the Day’s. Both had married at Hill-Stead on precisely the same day—albeit four decades apart! What sweet serendipity!

We are eager to hear from you. Your questions, ideas, and inspirations are welcome. Leave a comment on a post relevant to the topic or email brettb@hillstead.org.

We will strive to respond to questions as soon as possible, generally within 24 hours. 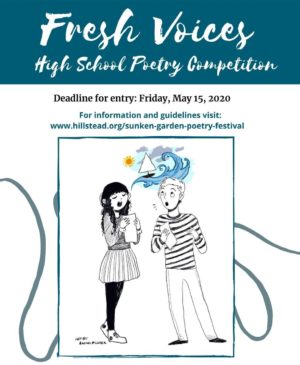 Thank you to all the high school students who participated in Hill-Stead Museum’s Fresh Voices Poetry competition and the teachers and parents who supported them. Poetry has the power to heal and bring comfort, particularly during these trying times.

United States Poet Laureate Joy Harjo attests to this statement: “Poetry tends to hang out at points of transformation…when a death happens in the family, or some other grief event, or marriage, or falling in love, or falling out of love, birth—people always turn to poetry.”

Hill-Stead is thrilled to announce the 2020 Fresh Voices Poetry Competition Finalists, congratulations to:

We hope you enjoyed participating in this fun-filled contest while experiencing Hill-Stead’s glorious grounds this spring. Thanks, too, for those who voted on the competition and helped Hill-Stead exceed its goal, raising $2,825. Please stay tuned for news about our upcoming summer photo contest.

Congratulations to our winners in the following categories:

Winner  Joyce B. | From a Distance
Runner-up  Donna W. | The Colors of Spring
Second Runner-up  Azeem S.  | The Grandeur 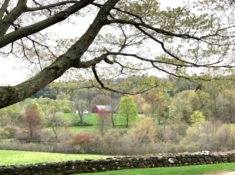 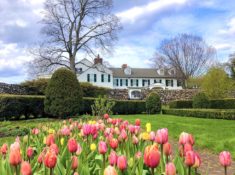 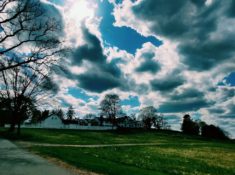 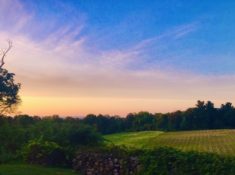 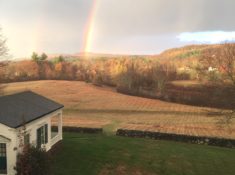 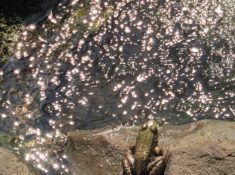 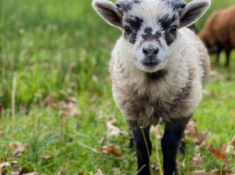 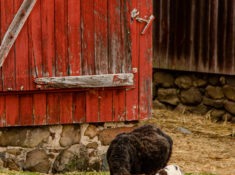 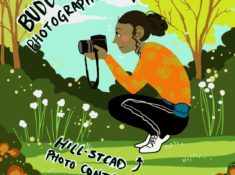 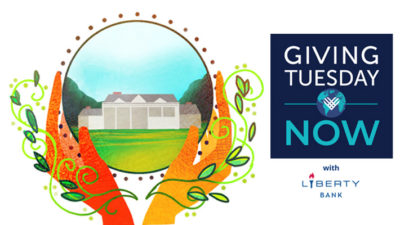 “We have been gifted with a phenomenal and irreplaceable treasure. We are Hill-Stead’s stewards, responsible for assuring that others will continue to be able to enjoy the Hill-Stead Museum’s unique offerings. How can we not respond to securing its future?”

Everyone wins when you support Hill-Stead Museum. During these trying times, art can keep us together. Throughout these turbulent times, our gorgeous 152-acre property has remained open every day, providing a place of refuge for all.

At this moment, Hill-Stead has extended its hands further–offering meaningful creative outlets–to uplift the spirit. And, we have engaged our performing arts partners by offering up the glorious property as a potential venue for outdoor performances–all with the goal of bringing more cultural opportunities to our collective community.

On May 5, 2020, Hill-Stead will join with thousands of non-profits to participate in Giving Tuesday Now, an international day of charitable giving to support non-profit organizations which have been impacted by the loss of income as a result of the COVID-19 pandemic.

Our goal for this special day of giving is $7,500. Liberty Bank has generously partnered with Hill-Stead and offered a challenge to match this goal. We are grateful for Liberty Bank’s matching gift and yours, which will provide us with the ability to sustain us into the future.

“We are immensely grateful to Liberty Bank, who not only partnered with us on Giving Tuesday Now but helped us with a PPP loan during these trying times,” says Anna Swinbourne, Hill-Stead Museum’s CEO & Executive Director. “I was incredibly impressed with the exemplary service we received from Joseph Raycraft, Liberty Bank’s Vice President, Senior Commercial Relationship Manager.”

Help us reach the goal! Every gift will make an impact! And there’s no need to wait until May 5, make your gift today!

Established in 1825, Liberty Bank is Connecticut’s oldest bank, with over $6 billion in assets and 60 banking offices throughout the central, eastern, western and shoreline areas of the state. As a full-service financial institution, Liberty offers consumer and commercial banking, home mortgages, insurance, and investment services. Named ‘Top Workplace’ by the Hartford Courant for eight consecutive years, Liberty maintains a longstanding commitment to superior personal service and unparalleled community involvement.

Giving Tuesday is a global generosity movement unleashing the power of people and organizations to transform their communities and the world, taking place on the Tuesday after Thanksgiving. It was created in 2012 as a simple idea: a day that encourages people to do good. Over the past seven years, this idea has grown into a global movement that inspires hundreds of millions of people to give, collaborate, and celebrate generosity. #GivingTuesdayNow is a new global day of giving and unity that will take place on May 5, 2020 – in addition to the regularly scheduled Dec 1, 2020 #GivingTuesday – as an emergency response to the unprecedented need caused by COVID-19.

Enjoy a drones-eye view of Hill-Stead!

Support Hill-Stead by bidding on Farmington Valley artist Kate Emery’s painting of the farm and sheep titled After the Storm.

Bidding closes at midnight on March 31.  75% of the proceeds will be donated directly to the museum.
Bid Now

Any hour. Any season. Any weather. That’s when Hill-Stead’s grounds are most beautiful

For the foreseeable future, our glorious grounds and gardens are open for all to enjoy from 7:30am to sunset. With plentiful room to roam, please keep your social distance as we work together to reduce the spread of Coronavirus.

Come and enjoy spring on our grounds – for a walk, a hike, or simply sit in the Sunken Garden to listen to the returning birds.

Let’s turn to the marvels of nature, and their awesome power to help us through. 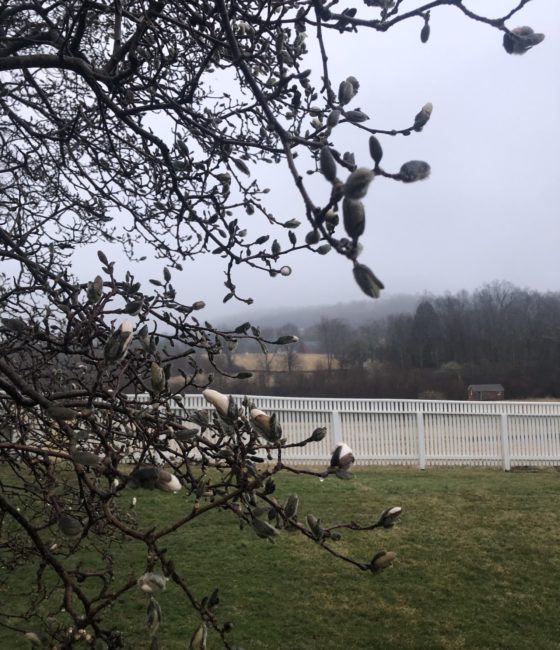 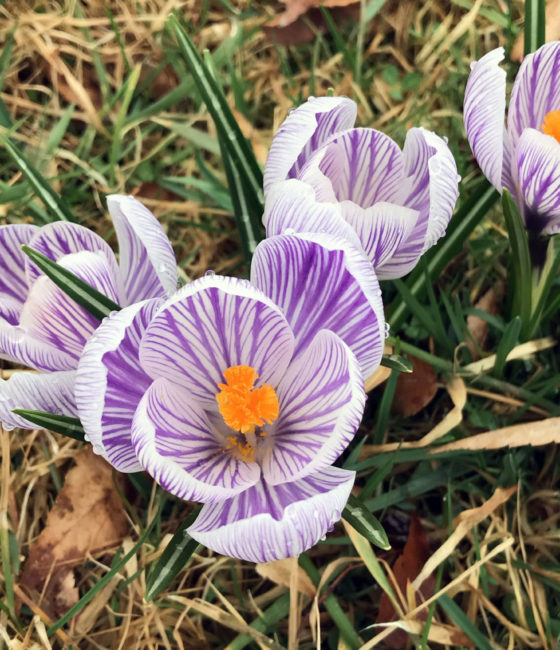 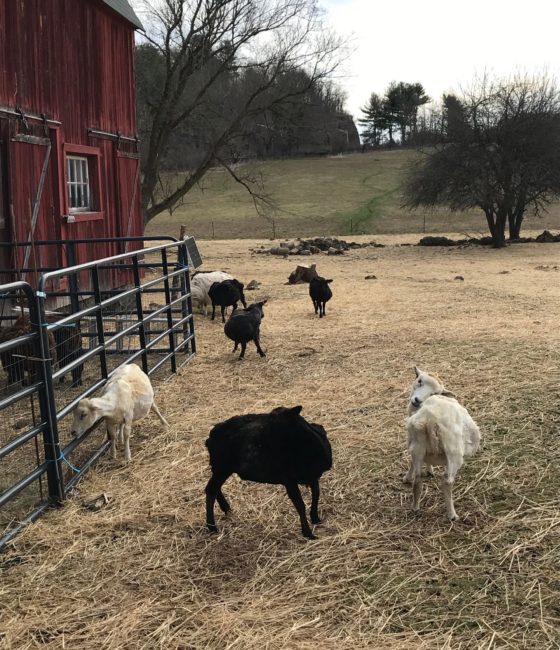 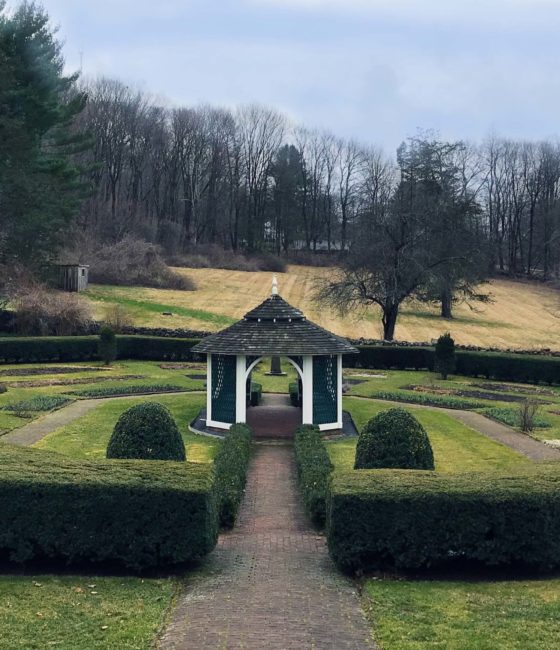 Clatter Ridge Farm and Hill-Stead Museum are celebrating spring by giving their sheep haircuts and welcoming the first baby lambs of the season.

“The Art of Shearing” Festival has been postponed due to these unprecedented times, but the shearing must go on. We care deeply about our land, our animals and our customers and wanted to share this special experience.

Watch the action and check out the before and after photos below!

Watch this video in its entirety. It’s Sheer Adorableness!

And a slideshow of before and after pictures. 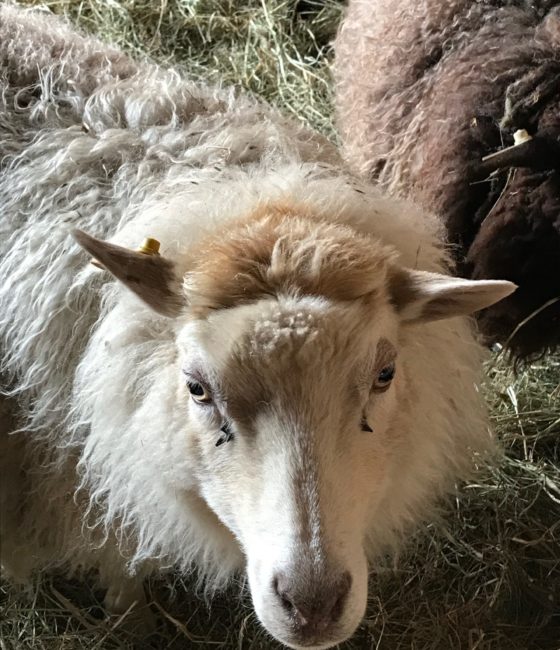 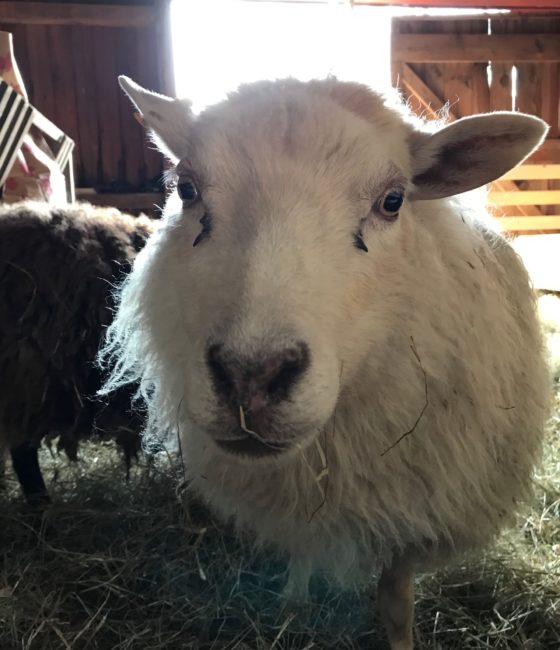 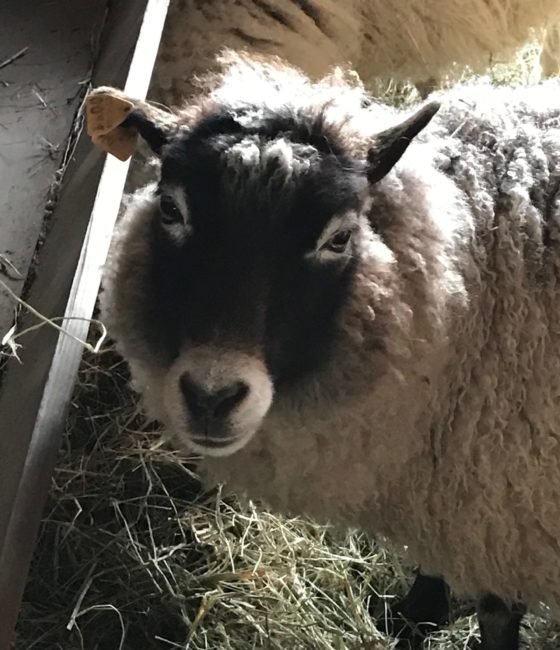 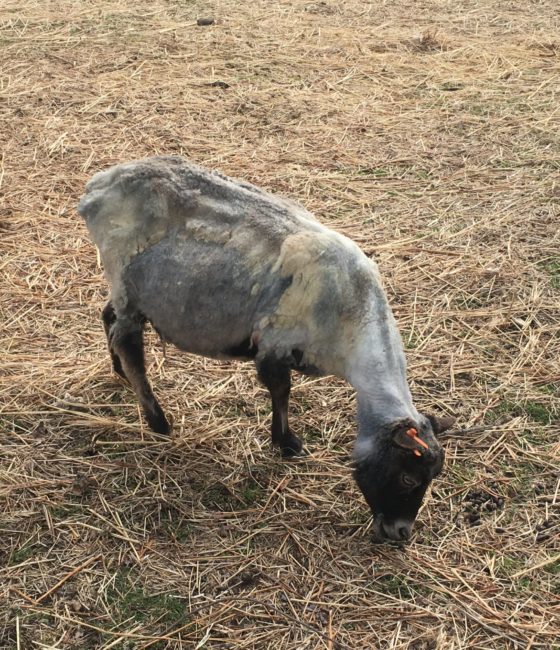 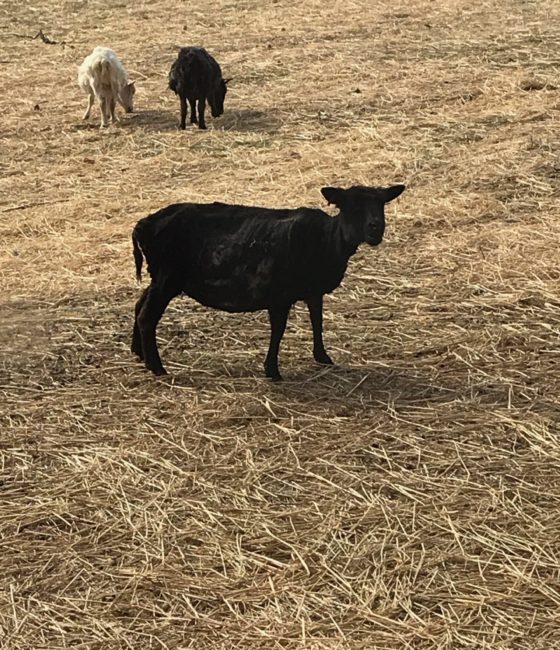 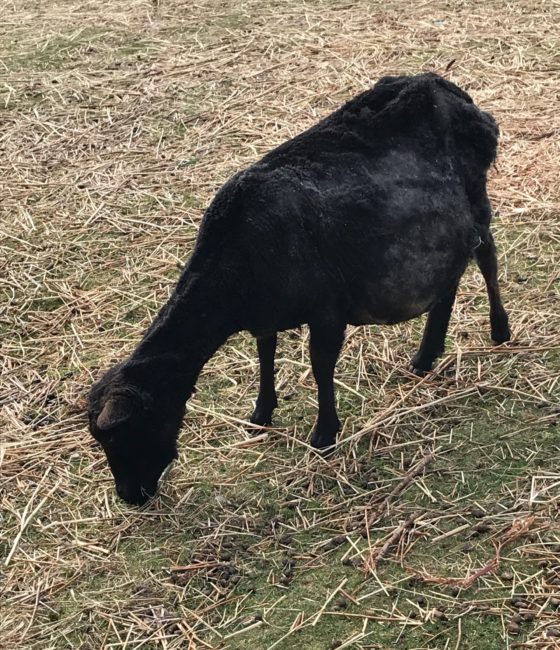 Please note that Hill-Stead’s grounds and gardens will be open from 7:30am to sunset. We invite you to take a self-guided walk and enjoy the property’s natural beauty. 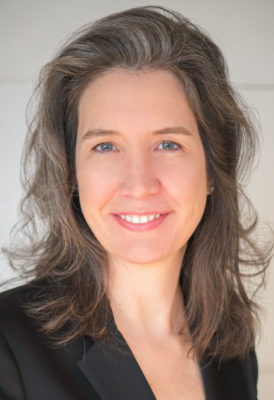 The Trustees and Board of Governors of Hill-Stead Museum in Farmington, are proud to announce that Dr. Anna Swinbourne has accepted appointment as Executive Director & CEO of Hill-Stead Museum and will assume the role’s full responsibilities in February 2020. Dr. Swinbourne has been the museum’s acting Interim Executive Director since August 2019.

“Hill-Stead Museum has made steady progress over the past few years in becoming an even more enriching, dynamic and sustainable institution, and Dr. Swinbourne is eager and excited to help us write the newest chapter of its storied existence,” says Hill-Stead Museum Board President Mark Shaw.

As Hill-Stead closes in on 75 years as the embodiment of founder Theodate Pope’s extraordinary vision, the site is embarking on a transformative journey that will see it become a world-renown, multi-disciplinary beacon to many more generations of inspired visitors. To lead the museum through this critical phase of activity, Hill-Stead has secured a leader with industry connections, a broad social network and top-notch intellectual acumen; who also can operate at the highest level of integrity with unflagging enthusiasm for the institution’s evolving mission.

Dr. Swinbourne joined Hill-Stead Museum in a lifetime appointment as museum trustee in 2018. She is currently a visiting assistant professor of art history at Trinity College. She recently served as event co-chair, alongside luminaries Agnes Gund and Oprah Winfrey, for Sotheby’s By Women, For Tomorrow’s Women: the first-ever all-women benefit auction at a major auction house. Proceeds from the auction exceeded $3M for financial aid at Miss Porter’s School in Farmington.

From 1999-2009, Dr. Swinbourne was on the painting and sculpture curatorial staff at The Museum of Modern Art (MoMA), New York. In 2011, for her service to the Kingdom of Belgium, she was decorated by King Albert II and became a Knight of the Order of the Crown.

“Dr. Swinbourne is a highly regarded and active member of both the local Farmington Valley community and global art/museum industry,” adds Nina Mayhall Hayes, longtime Colonial Dames Trustee of Hill-Stead Museum and Farmington resident. “Our mandate as trustees is to preserve the future of Hill-Stead by installing leadership that will enable the institution to thrive. We are so fortunate to have found a champion for the institution who, much in the same vein as its visionary founder, Theodate Pope Riddle, will strive to keep the museum’s world-class collections and grounds accessible and to ensure the future of the organization remains bright.”

James Fanelli, Managing Director at The Private Bank at Bank of America, and Bank Trustee, Secretary and Treasurer of Hill-Stead Museum seconded Hayes’ enthusiasm and support for the museum’s new captain. “Dr. Swinbourne exhibits a depth of industry knowledge that is breath-taking and impressive,” Fanelli says. “With her unmatched experience and prestigious reputation as an award-winning professional in the art world, she will ensure Hill-Stead remains on the ascent; she is a worthy rival and colleague on par, and eager to collaborate, with the other fine leaders of Connecticut’s most distinguished cultural organizations.”

Anna Swinbourne, Ph.D., is an independent art historian, curator and art advisor engaged in a variety of scholarly and art-market endeavors. She is currently interim executive director and CEO of Hill-Stead Museum in Farmington, Conn., and visiting assistant professor of art history at Trinity College.

Most recently, Dr. Swinbourne served as event co-chair, alongside luminaries Agnes Gund and Oprah Winfrey, for Sotheby’s By Women, For Tomorrow’s Women: the first-ever all-women artist auction at a major auction house. Proceeds from the auction exceeded $3M and benefitted financial aid at Miss Porter’s School in Farmington in commemoration of the school’s 175th anniversary.

Her current and recent projects include a collection catalogue for the late David Rockefeller; an exhibition on Paul Cézanne landscapes for Princeton University Art Museum and the Royal Academy of London, opening in 2020.

From 1999 to 2009, Dr. Swinbourne was on the curatorial staff at The Museum of Modern Art, New York, where she curated – either independently, or with Chief Curators, Kirk Varnedoe and John Elderfield – major exhibitions on the work of Vincent Van Gogh, Pablo Picasso, Édouard Manet, and James Ensor. The last two exhibitions were awarded First Prize for Best Historical Show of the year by the International Art Critics Association (AICA).

In 2011, for her service to the Kingdom of Belgium, she was decorated by King Albert II and became a Knight of the Order of the Crown.

Prior to joining MoMA, Anna was an assistant vice president in the Impressionist and Modern Art Department of Sotheby’s, New York. She was trained at the École du Louvre in Paris, Tufts University (B.A.), and the Institute of Fine Arts of New York University (M.A.; Ph.D.). She is a trustee of Hill-Stead Museum and member of the Art Advisory Committee of the King Baudouin Foundation United States.