Hill-Stead’s Sunken Garden occupies nearly an acre and boasts a summer house, brick walkways, and a stone sundial inscribed with a Latin phrase Ars Longa, Vita Brevis, which translates as “Art is Long, Life is Brief.”  The octagonal garden holds more than ninety varieties of perennials and annuals in thirty-six beds.  The color palette of cool hues—primarily pink, blue, purple, and white accented with silvery-grey greenery— mimics that of the Impressionist paintings found within the historic mansion.

The History of the Sunken Garden Ada Pope on the hillside near the original garden

Theodate Pope created the original garden for her mother, Ada Pope, and it was in place on this site in 1901 when Hill-Stead was completed. In the early 1940s, wartime shortages of labor and supplies forced Theodate to seed over her mother’s garden with turf. The summer house stood guarded by a lone crab apple tree until 1986, when the Connecticut Valley Garden Club and the Garden Club of Hartford undertook the project of funding and restoring Hill-Stead’s Sunken Garden. During the fundraising phase of the project, a listing of works by Beatrix Farrand, considered one of the finest female landscape designers of the the first half of the twentieth century, was found in the appendix of a newly-published book on her works.  The list noted an undated plan entitled Planting Plan for Mrs. J. W. Riddle [Theodate Pope’s married name] in Farmington, Connecticut. The plan was requested and received from the University of California at Berkeley, where Farrand’s works are archived. The garden was restored according to a modern interpretation of the original planting plan by Farrand, even though there was no evidence that it had ever been implemented in Theodate’s time. Today, the garden adheres as closely to Farrand’s design as possible and is one of the few existing examples of Farrand’s work in the country.

The Sunken Garden is enjoyed by visitors from near and far who come to admire its beauty, and enjoy the butterflies, birds and other pollinators that call this garden their home. Individuals in search of calm and tranquility can find it here and are encouraged to linger, taking in the sights, sounds and scents of the place. Painters and photographers create artwork in the garden. School groups find the area an inspiring environment for art and writing activities. Each summer, it is the site of Hill-Stead’s annual Sunken Garden Poetry Festival, and it is available for special occasions, including weddings and corporate events.

To see what is in bloom throughout the year, see What’s in Bloom. 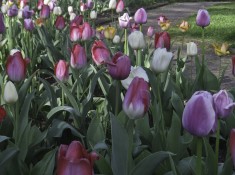 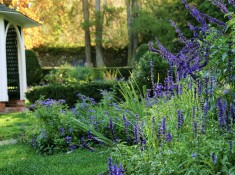 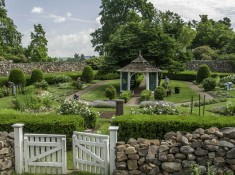 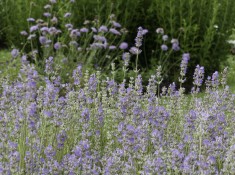 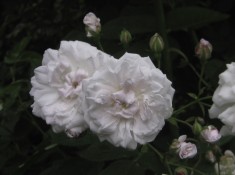 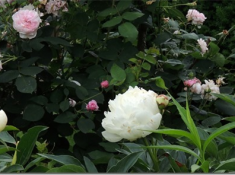 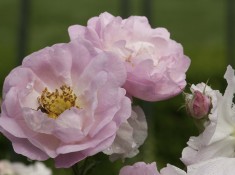 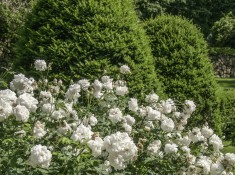 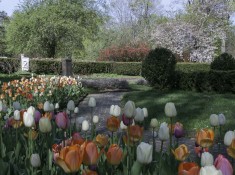