Jericho Brown is the recipient of a Whiting Writers’ Award and fellowships from the John Simon Guggenheim Foundation, the Radcliffe Institute for Advanced Study at Harvard University, and the National Endowment for the Arts. Brown’s first book, Please, won the American Book Award. His second book, The New Testament, won the Anisfield-Wolf Book Award and was named one of the best of the year by Library Journal, Coldfront, and the Academy of American Poets; the collection was also nominated for the NAACP award for poetry and made The Believer’s top 5 Books of the Year. His poems have appeared in The New York Times, The New Yorker, The New Republic, Buzzfeed, and The Pushcart Prize Anthology. He is an associate professor of English and creative writing at Emory University. Ladan Osman is a Somali born artist whose work is a lyric and exegetic response to problems of race, gender, displacement, and colonialism. She is the author of The Kitchen-Dweller’s Testimony (2015), winner of a Sillerman First Book Prize. Her work has appeared in Columbia Poetry Review, Prairie Schooner, Roar, Rumpus, among others. Osman’s writing has been translated into over 10 languages. She currently lives in Brooklyn. 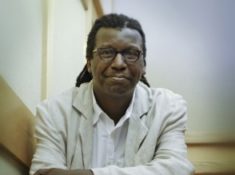 ornelius Eady is the author of several books of poetry, including the critically acclaimed Hardheaded Weather, which was nominated for an NAACP Image Award, Victims of the Latest Dance Craze, winner of the 1985 Lamont Prize from the Academy of American Poets, and The Gathering of My Name, which was nominated for the 1992 Pulitzer Prize. With poet Toi Derricote, Eady is co-founder of Cave Canem, a national organization for African American poetry and poets. He is the recipient of an NEA Fellowship in Literature, a John Simon Guggenheim Fellowship in Poetry, a Rockefeller Foundation Fellowship to Bellagio, Italy and The Prairie Schooner Strousse Award

Emily Jungmin Yoon is the winner of the Sunken Garden Poetry Prize, sponsored by Tupelo Press. Her poems and translations appear or are forthcoming in The New Yorker, Poetry, The Offing, The Literary Review, and elsewhere. For her poetry, she has received awards and fellowships from Ploughshares’ Emerging Writer’s Contest, AWP’s WC&C Scholarship Competition, The Home School in Miami, the Aspen Institute, New York University, and the University of Chicago. She is the Poetry Editor for The Margins, the literary magazine of the Asian American Writers’ Workshop, and is a Ph.D. student in the East Asian Languages and Civilizations Department at the University of Chicago. Mark Doty is the author of nine books of poetry, including Deep Lane, Fire to Fire: New and Selected Poems, which won the 2008 National Book Award, and My Alexandria, winner of the Los Angeles Times Book Prize, the National Book Critics Circle Award and the T.S. Eliot Prize in the UK. He is also the author of three memoirs: the New York Times-bestselling Dog Years, Firebird, and Heaven’s Coast, as well as a book about craft and criticism, The Art of Description: World Into Word. Doty has received two NEA fellowships, Guggenheim and Rockefeller Foundation Fellowships, a Lila Wallace/Readers Digest Award and the Witter Byner Prize. 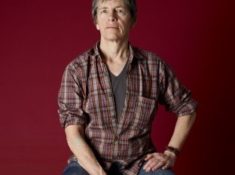 Eileen Myles is the author of nineteen books including I Must Be Living Twice: New & Selected Poems, and a reissue of Chelsea Girls. They are the recipient of a Guggenheim Fellowship in non-fiction, an Andy Warhol/Creative Capital art writers’ grant, a Lambda Book Award, the Shelley Prize from The Poetry Society of America, as well as being named to the Slate/Whiting Second Novel List. Currently, they teach at NYU and Naropa University and lives in Marfa, TX and New York. Ocean Vuong is the author of Night Sky With Exit Wounds, winner of the 2016 Whiting Award. Vuong also has two chapbooks: No and Burnings. A Ruth Lilly fellow from the Poetry Foundation, Ocean has received honors and awards from Poets House, the Elizabeth George Foundation, the Civitella Ranieri Foundation, the Saltonstall Foundation for the Arts, the Academy of American Poets and a Pushcart Prize.